A look into a Crew West Internship

Literally. That’s show business. Or in this case, that’s the beauty of working behind the scenes. We’re literally setting up lights. We’re setting up the perfect shot on camera. And then it’s silent- that’s the action part.

I am an intern here at Crew West. It’s obvious that we’re a camera crew. We’re the people companies call when they need help in the filming department. And it’s pretty cool.

I get to follow along on some pretty awesome shoots that even a couple of my friends and classmates are like “what is your job that you get to do all these cool things?” I can brag and feel like a hot shot for three minutes. 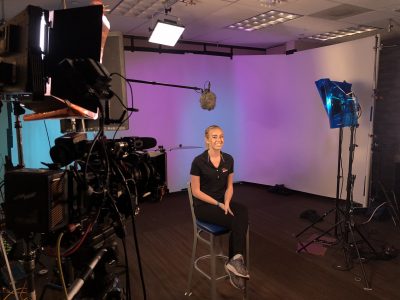 But as a sports fan, it’s like having the best seat in the house all the time. I can gladly say I’ve set up lights for a shoot with the NBA Hall of Fame. I laughed watching the Phoenix Mercury play games for what would be played during intermissions. I get to watch the reporters pick the brains of the Arizona Cardinals coaches and players. I laughed along with Devin Booker learning how to speak Spanish. 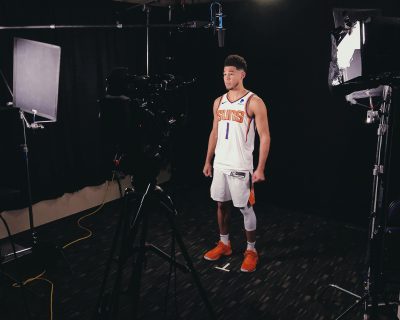 That’s perhaps my favorite part. I decided to work in sports media because I am a sports fan and I think it would be a cool job being around my favorite athletes to talk about sports all day long. But my favorite part is watching them become human in front of me. All growing up, we as fans put athletes, or anyone of notoriety that is, on these pedestals. But being around them, interacting with them, that pedestal slowly fades away and suddenly we’re equal.

I’m about three quarters done with my internship now and I have already learned so much. God bless Ray, Mike Thomas and Les for being so patient with me as a I ask a million questions. I now know the ‘over and under’ trick for wrapping up chords. I can say the difference between each type of light and I’m still learning the difference of when to use each.

But that’s the point of being an intern, right? Asking a million questions and learning a million and one things so when you go out in to the world, you can face of with a little bit more confidence that before you started the role?

Even some things you don’t realize you learn. I was with Les and Ray a few weeks ago filming something for ASU’s Materials from the Center of the Universe Department and at one point, while all six of the interview subjects were on the bottom level conversing, Les went up to the next level for an overhead shot.

For my next video I filmed in class, I followed suit.

I am learning how to approach camera work with a different eye for things.

I’ve become stronger in the way I tell a story through a camera.
Thank you to Mike, Ray, Michael, Cheryl, Doug, Jim and Les for showing me the ropes. 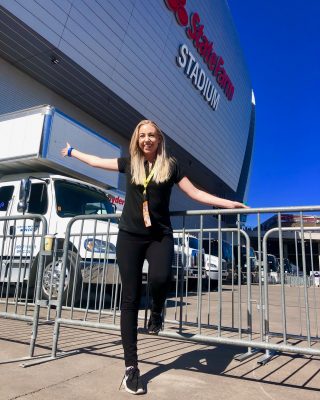