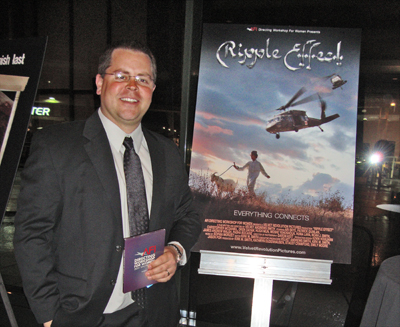 In the last six months DP Dustin Farrell’s time lapse services have been requested for two films. “Ripple Effect,” a movie directed by Velvet Andrews Smith, needed a sunset time-lapse that resembled Afghanistan. Dustin was able to attend the screening of “Ripple Effect” in Hollywood at the AFI Directing Workshop for Women annual showcase. Dustin said afterwards, “Seeing a time lapse that I shot on a movie screen for the first time gave me goose bumps!” Most recently director Marty Thomas contacted Crew West for a couple of desert timelapses for transtions in his upcoming thriller “Killer Holiday“. The final output of the RAW image sequences taken from the Canon 5D Mark 2 is very desireable to movie producers because the quality rivals or even excedes that of typical movie cameras. Resolutions of 4K plus at ANY frame rate can be achieved with DSLR timelapse. Thus, integration onto the big screen is simple. Dustin has become one of the most knowledgeable and versatile timelapse shooters in the country and film makers are starting to take notice.