Arizona football had a fantastic week and Crew West was in Glendale, Arizona covering one of the big wins. The Arizona Cardinals beat the Indianapolis Colts 40-11, putting both the teams at 7-4 for the season. There were two production crews working for NFL Films and the NFL Network that included a producer, three videographers, an audio technician and our two interns. Crew West covered the post-game press conference and interviewed players including defensive tackle Darnell Dockett and quarterback Carlson Palmer. 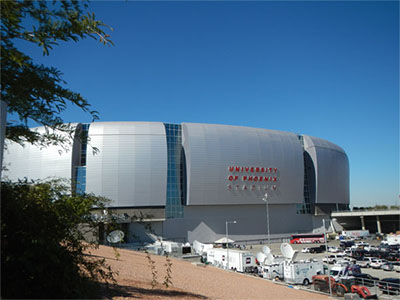