Heading into the 2016 Summer Olympics, Michael Phelps unveiled his new brand of swimwear that he will be using in Rio. Our crew checked in with MP Brand International at Sun Devil Stadium in Tempe. Myself, along with Doug Podkowsky, Andy Patterson and Stefan Liwocha, the producer, were there covering the event for ZDF German television. After getting our credentials, we headed to the Mona Plummer Aquatic center to film Michael Phelps’ morning workout. When we arrived the swimmers were warming up in the pool and we set up to get the best footage of Phelps training. Watching him swim was an experience I will never forget. Upon completion of practice we went back to the stadium and set up for the MP Brand press conference. Phelps presented his Olympic race look and launched his MP brand race day kit which includes a racing suit for both men and women, goggles and swim cap. After debuting his new race look we set up for our one-on-one interview ensuring the framing, lighting and sound were on point. Liwocha conducted a 10-minute interview and asked Phelps questions regarding his Olympic comeback, preparation and personal life. Michael Phelps was personable, open and a joy to be with.
-written by ASU intern Danielle Lincecum 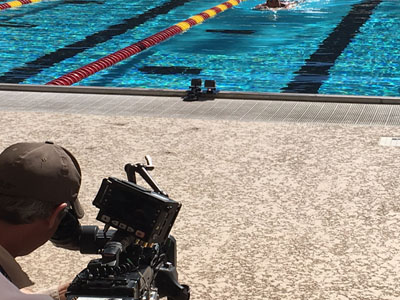 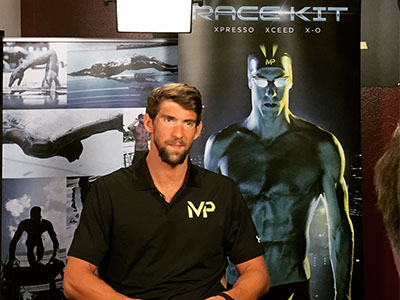 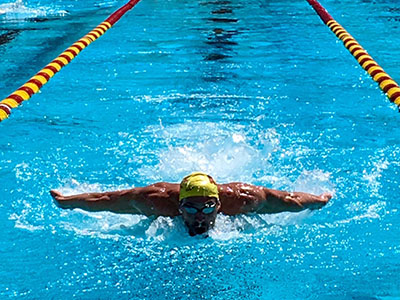 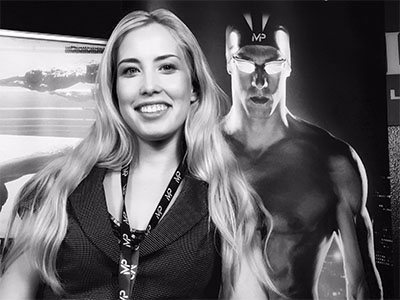