The Road to London Passes Through Phoenix 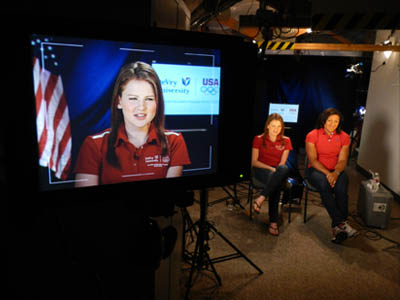 The Road to the 2012 Olympics passed through the studios of Crew West and Sat West on Tuesday when Olympians Elana Meyers and Anna Johannes dropped by our studios for a satellite media tour. The two were on hand to talk about the Olympic games, and the importance of education. They appeared on roughly 20 stations across the country. The SMT involved two cameras, and the Satellink West KU uplink truck.